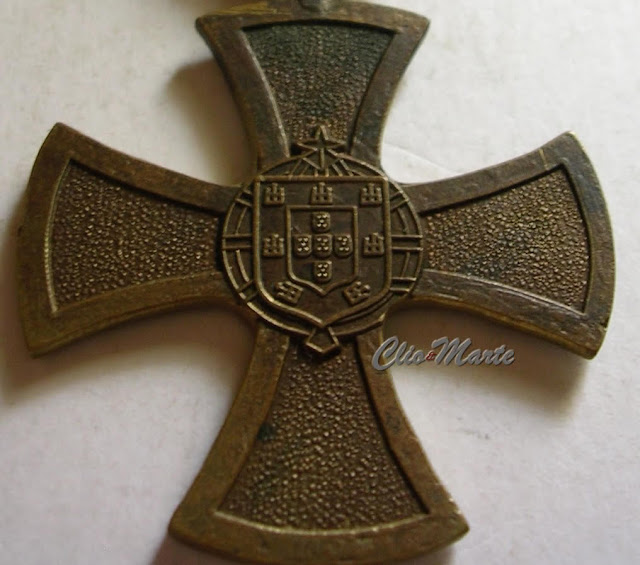 Created, in 1916, in the auspices of the participation in World War I, the War Cross medal awards acts or feats of bravery in campaign by citizens, military or not, nationals or foreign. It comprehends the following classes, 1st, 2nd, 3rd and 4th.
The first class can be awarded to land, sea or air units that, collectively, have performed feats of exceptional valor.

DESIGN
OBVERSE: a templar cross, with a national emblem superimposed, in the center;
REVERSE: in the center, a circle with two crossed ancient swords, surrounded by two laurel wreaths.