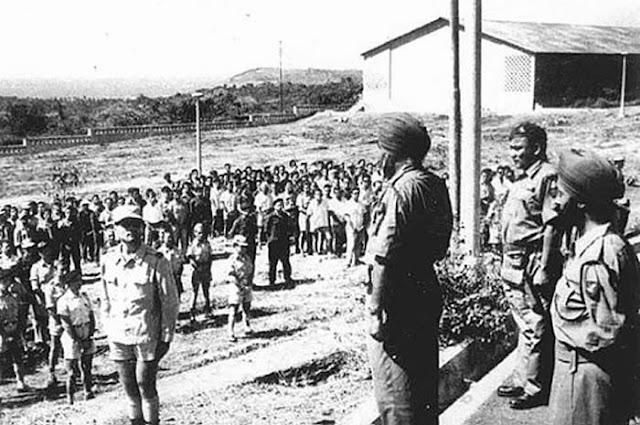 The RECOGNITION MEDAL (Medalha de Reconhecimento) is awarded to the military who have been deprived of freedom, in campaign situation or in associated circumstances, as well as in other missions in national territory or abroad, specially humanitarian or peace missions. 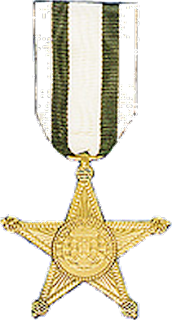 This medal, the last to be created, in the 2002 legislation, responded to the many demands of the veterans, mainly those who fought in India, 1961, and that became Prisoners of War. The Portuguese Government refused to accept the Indian conditions for POW release – only civilian ships or aircrafts could land on Indian soil. Many POW returned home on their own expenses, in commercial flights, or with the help of local populations in Goa, Damão and Diu.

DESIGN
OBVERSE: 5 pointed star, each point ending in a small armilar sphere; in the center, a disc with a national emblem, encircled by the legend «RECONHECIMENTO» (Recognition), in uppercase elzevir font;
REVERSE: identical to the obverse, but with the legend «A QUEM SE SACRIFICOU PELA PÁTRIA» (To those who have sacrificed themselves for the Fatherland) in the center disc, in uppercase elzevir font, in 6 lines; encircling the legend, a laurel wreath..