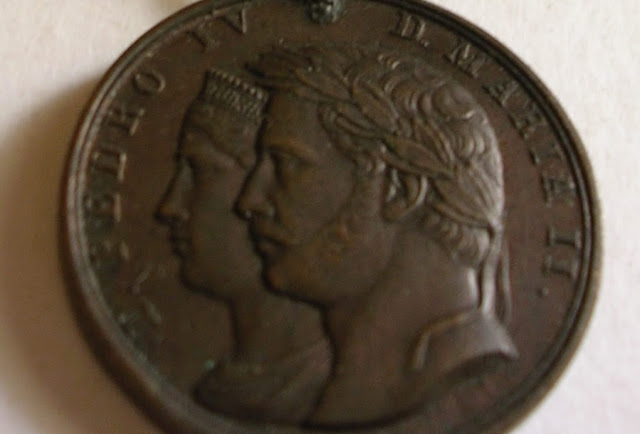 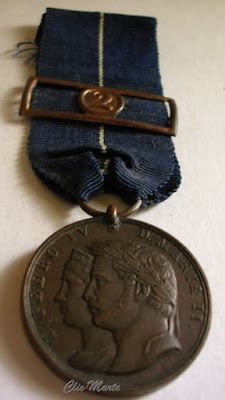 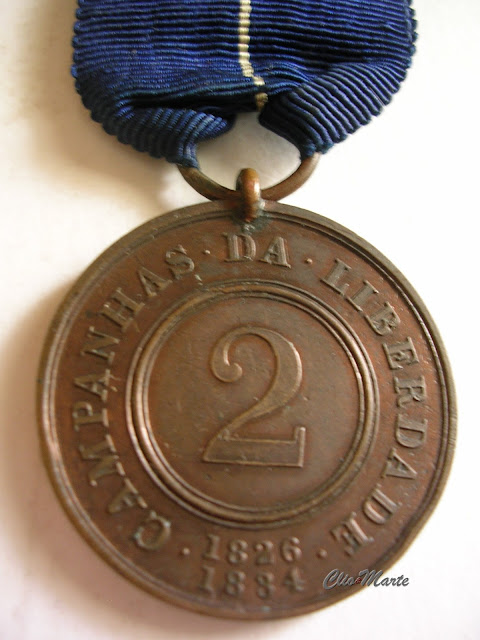 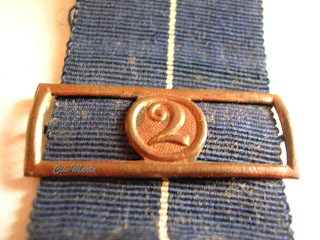 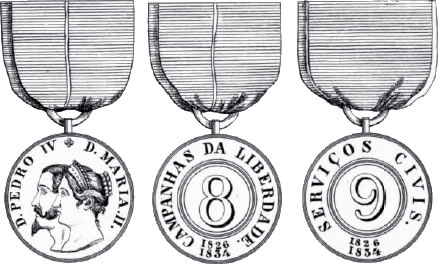 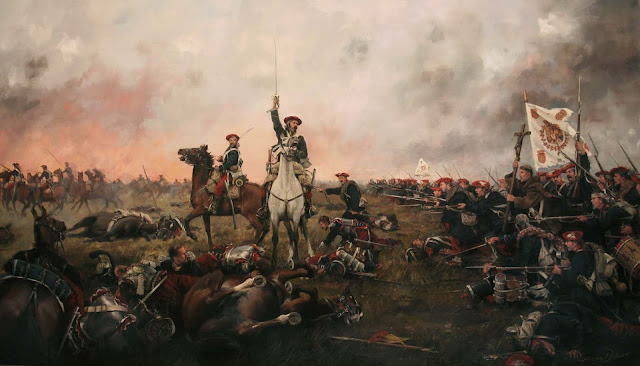 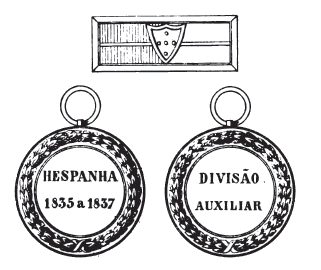 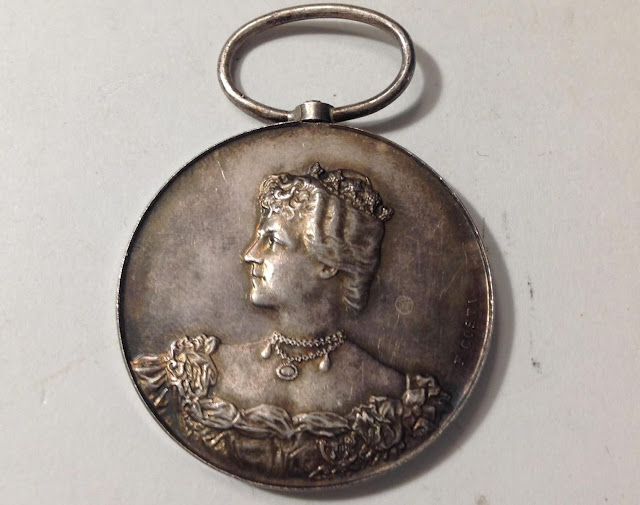 The Queen D. Amélia Medal was created in December 23, 1895 to commemorate 2 specific overseas campaigns – Mozambique (1894-1895) and India (1895). Both campaigns were very popular among the Portuguese public, especially Mozambique, which resulted in a victory over the Gaza Empire and its sovereign Gungunhana.
The medal had three degrees, gold, for chiefs of Force, silver for all other officers and copper for NCO and enlisted.

With the increasing Portuguese involvement in the pacification of its empire, it’s decided, in June 6, 1896, to extend the medal to new overseas campaigns. Each new medal would have a different reverse, as well as a different inside color on the ribbon.

In December 11, 1902, a third alteration is made, which transformed the decoration into a general service medal, with the same ribbon, obverse and reverse, but with different clasps for each new campaign. It remains so until the instauration of the Republic in 1910.

The Portuguese Army Campaigns Commemorative medal, in 1916, is its immediate heir, being that all clasps before 1910 could be used in the new medal.

For the medal after 1902, serving as a general service medal:

OBVERSE: Effigy of Queen D. Amélia;
REVERSE: Legend "CAMPANHAS DO ULTRAMAR" (Overseas Campaigns), and a laurel encircling to the left. 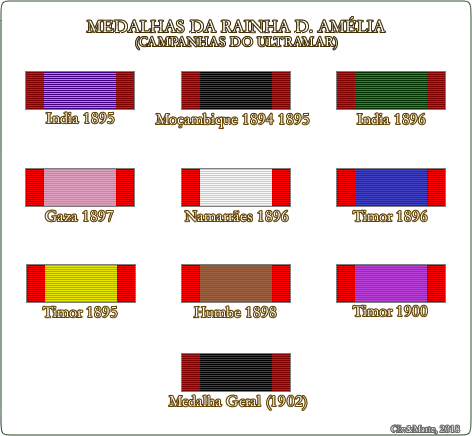 CLASPS APPROVED FOR THIS MEDAL 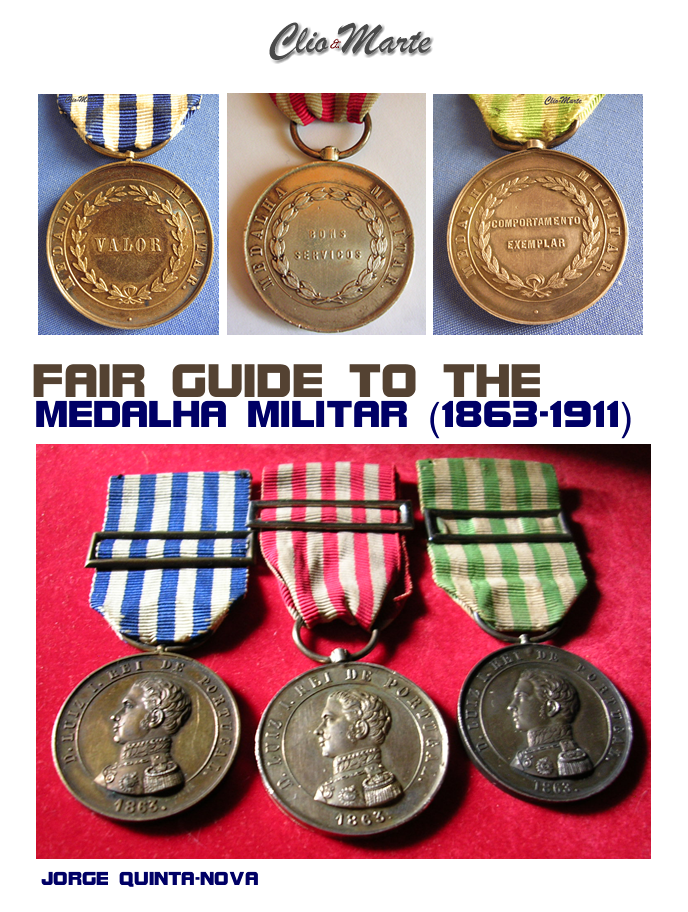 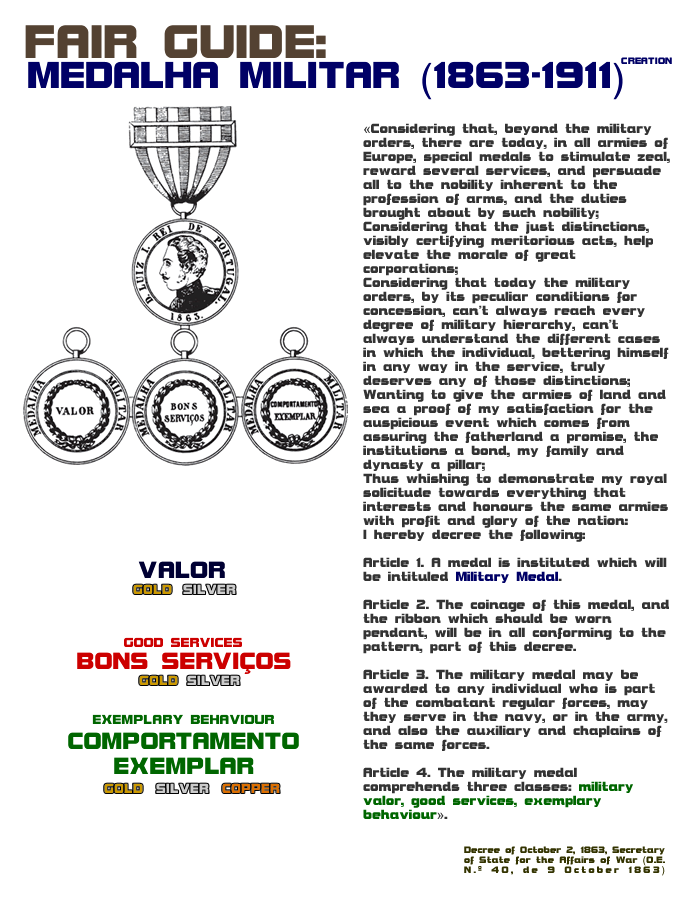 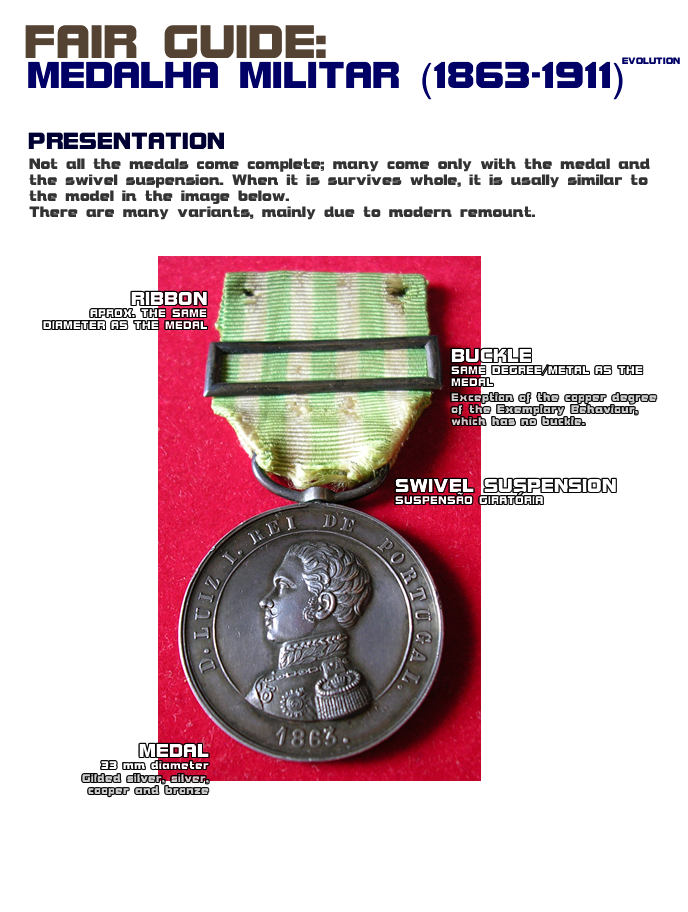 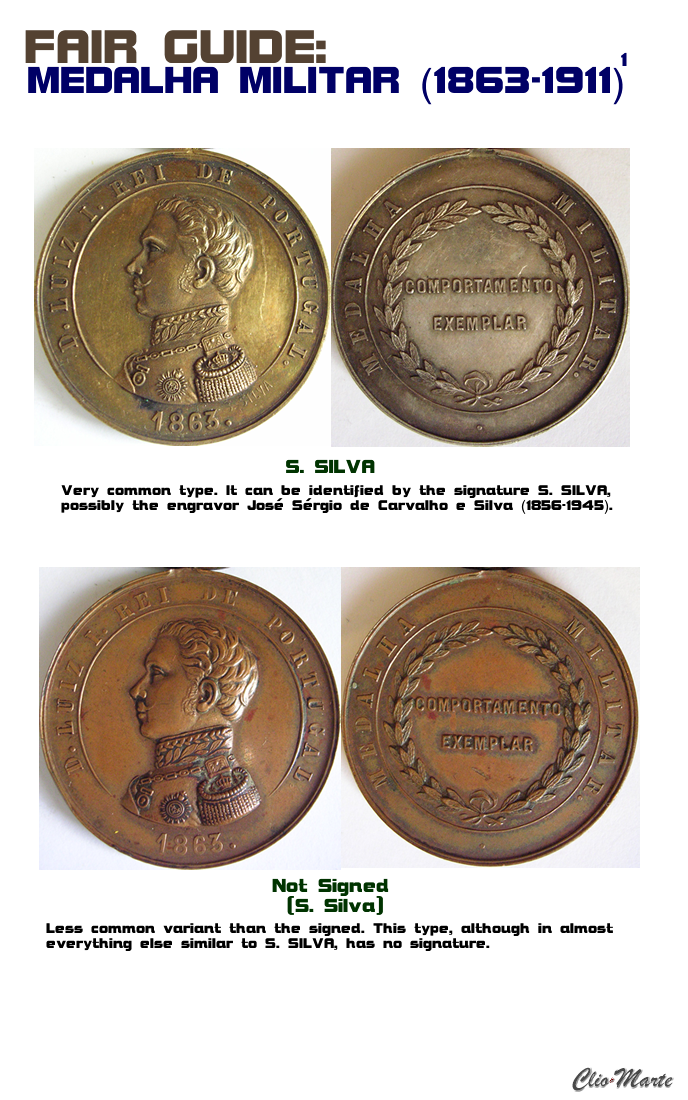 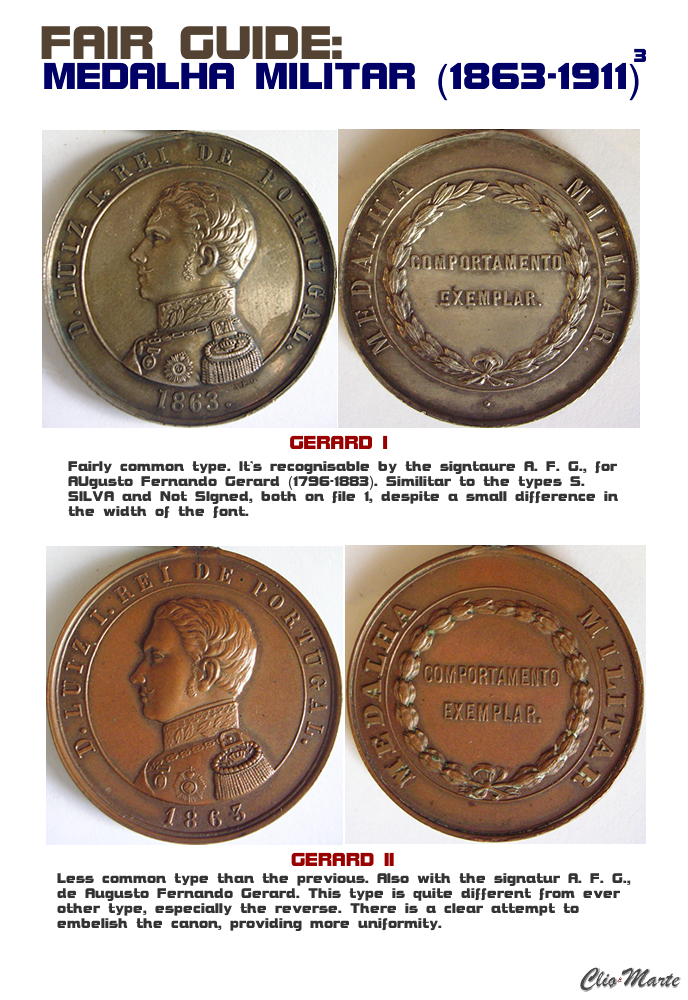 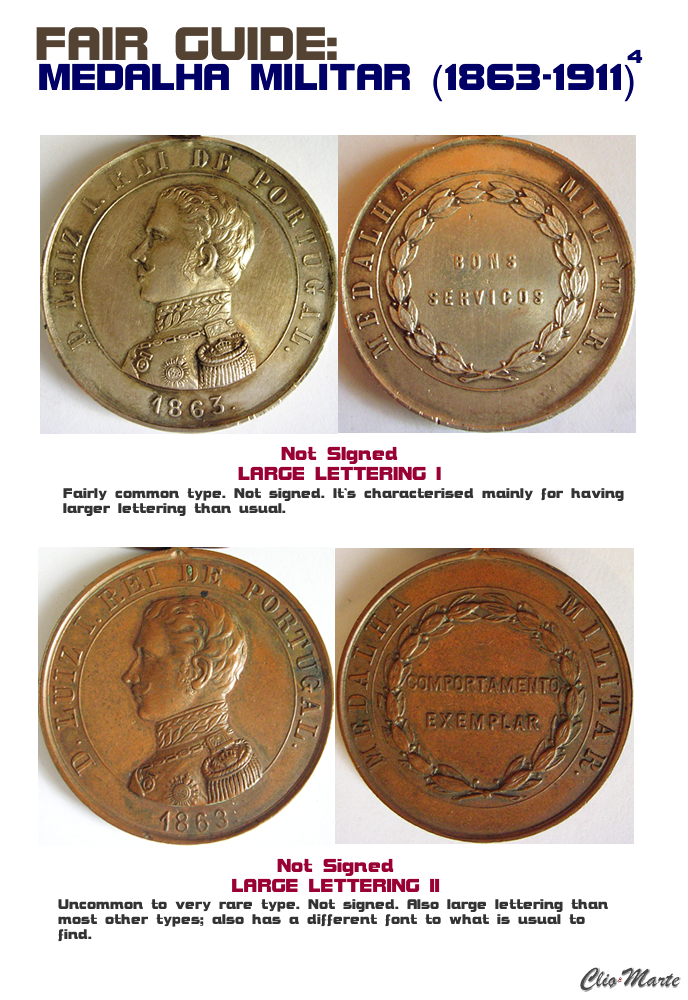 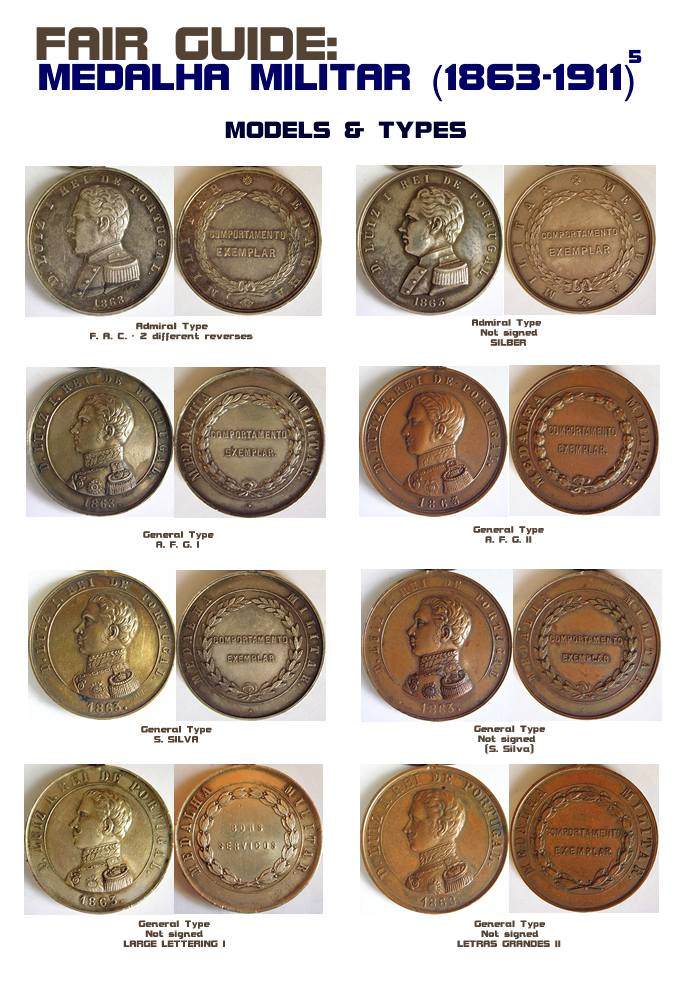 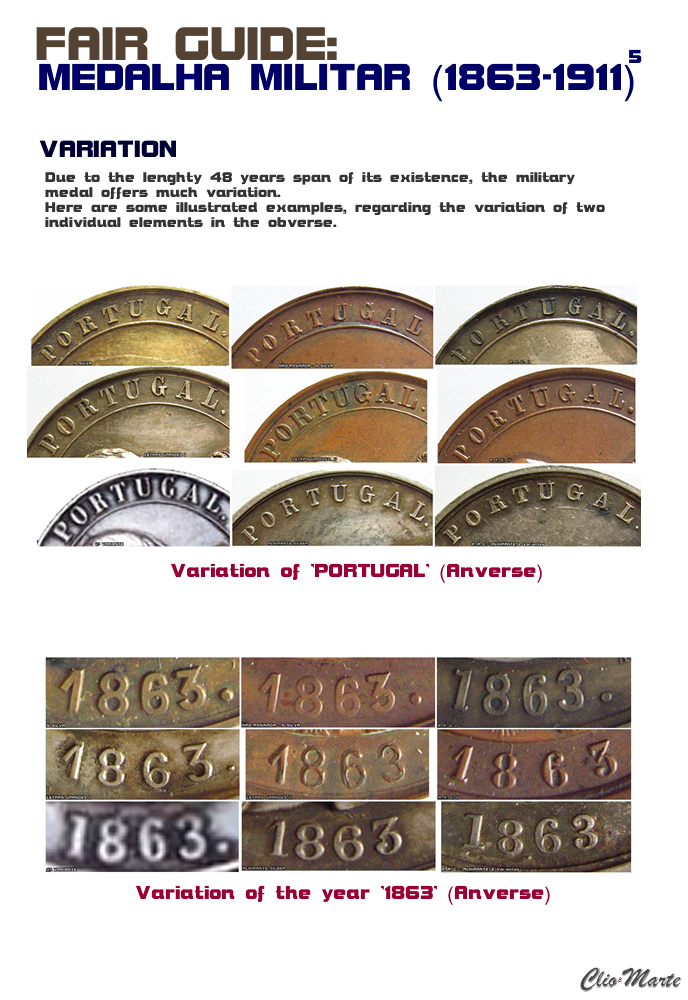 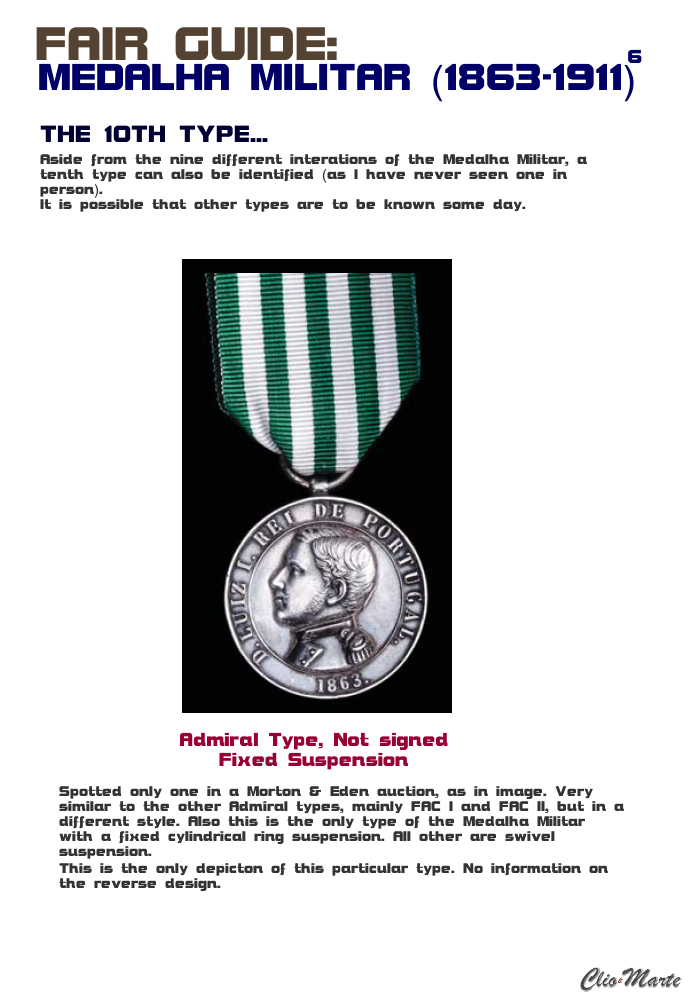 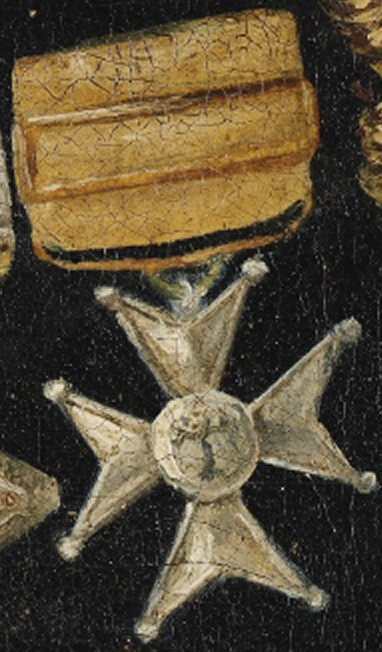